skip to main | skip to sidebar

Q & A with George McGovern 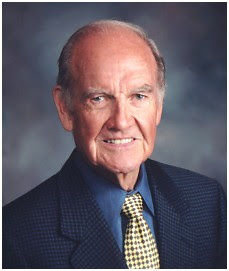 He was as glib, very with it and political as ever. He was more on his game today than even during his losing Senate campaign in 1980. He was very engaging and has aged well. He spends most of his days at his office at the Mc Govern Center in Mitchell.

Senator McGovern was candid. Particularly candid in speaking about Ethanol, his loyalty to the Clintons, and his belief in developing and using nuclear energy - as he put it for peacetime purposes.

Q. This year the South Dakota Democratic Party had a record year for legislative recruitment and is poised to make a strong challenge to Republicans for a majority of the State Senate in the 2008 election. As the Father of the Democratic Party in South Dakota what advice will you give the Party activists when they meet this weekend on Mc Govern Day to enhance their efforts to achieve the majority?

A. The first thing is we need to fill these slates at every opening with good candidates at the Court House level, Legislative level, and the Congressional level. We need a full slate of the best candidates we can recruit. A lot of that has been going on this year. I think the Democrats have a real chance of capturing the State Senate in terms of the majority. And they even have got a shot at the House level although that will be more difficult.

Q. You are supporting Hillary Clinton for President, why do you think she is the best candidate for America and For South Dakota?

A. I endorsed Hillary last fall in October because I have known her for 35 years. She and her husband Bill, before they were married were working for me and my Presidential effort. They worked night and day so I don’t forget things like that lightly.

Q. You are a champion for feeding the hungry and have been an advocate for production agriculture. Today demand for food has caused world food prices to skyrocket and is causing famine and food shortages around the world. Today approximately one third of U. S. corn production is for energy production; with many people going hungry how do you reconcile agriculture for food and for energy?

A. I wish we were working harder to find alternative sources of energy. I don’t know why we are moving so slowly on wind power. I have seen some of these big wind mills go up and that is a good thing, but we need to multiply that several times over. We need to do more to find methods of cleaning up the coal supply in the Country, of making it safe to burn with less pollution. We need to even consider the possibility of developing nuclear power for peacetime purposes.

There are various things that you can do on the fuel side other than going to Ethanol. For the time being I think Ethanol has been a great economic stimulus all across rural America and especially here in South Dakota – so I don’t want to knock Farmers and their supporters for developing Ethanol. There will become a time when that won’t be enough and we ought to be working now to find alternative sources of energy.

Q. Many Americans feel the government in Washington does not work. What one thing could be done as a big first step in correcting this?

A. Maybe to develop Voters that choose a little more wisely. I was on an airplane the other day and a fellow after 3 martinis reached across the aisle and tapped me on the shoulder and he says you’re Mc Govern. I said that’s right. He said I want you to know that I don’t respect you politicians. I said that is interesting because I had days when I don’t have too much confidence in the voters.

So I think raising the level of knowledge about what is going on in the world and what our needs are and how best to meet them has to begin with the Voters.

I think we pretty much get what we deserve from the people we elect to high office. I would like to see Office Holders performing better but this is a democracy. Perhaps it is not too harsh to say people get pretty much what they deserve.

Q. What is the best thing that you are doing at the McGovern Center?

A. Making students aware of the importance of service in their lives. No matter what occupation you go into there are opportunities for service if you are oriented in that direction. In other words we need to think beyond our own immediate selfish interests to what would help the greatest number of people. To me that is the biggest emphasis that can come out of the Mc Govern Center.

Q. At this time in your life where do you find the most joy?

A. With my grandchildren and with my daughters and with my son. I was always so busy during those 22 years I served South Dakota in the Congress, running for President, running for the House, running for the Senate. Now I have got more time and I have a little better perspective on what is important. As you get up in years as I have, I am now 85; you begin to think what do I most want to do?

And I think whatever years I have left, spending more time with my 3 daughters, my son, and my grandchildren and great grandchildren, those are the things that give me the greatest pleasure.

Posted by Joel Rosenthal at 5:34 PM